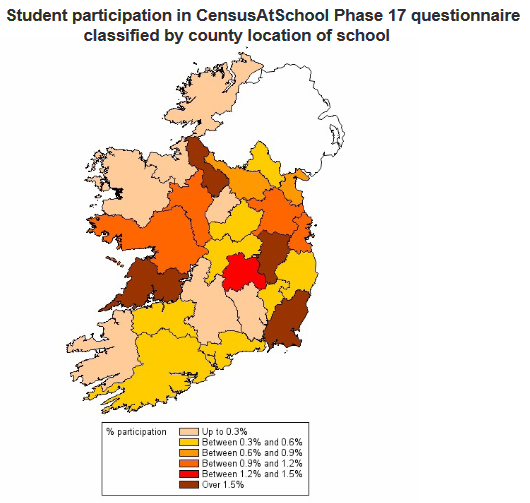 From an estimated 357,000 secondary school students, 2,253 (0.6%) students completed the Phase 17 questionnaire of the CensusAtSchool survey. It was available between September 2017 and August 2018. The questionnaire covered a variety of topics ranging from FIFA World Cup, students' trust in the media to dietary habits.