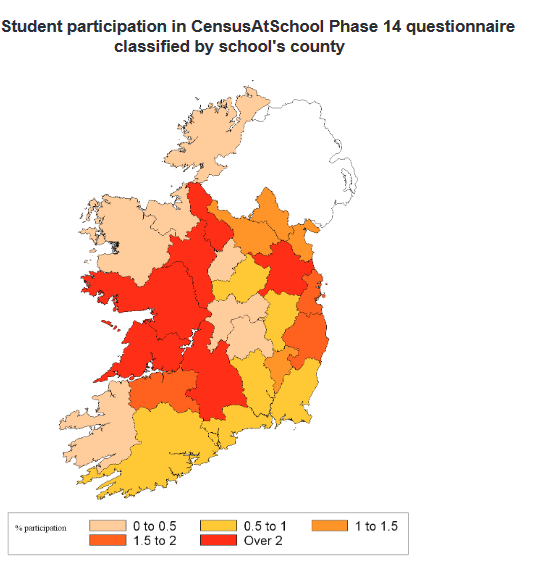 5,348 (1.5%) from an estimated 368,000 secondary school students completed the Phase 14 questionnaire of the CensusAtSchool survey between September 2014 and August 2015. The questionnaire covered a variety of topics ranging from how often students participated in family activities each week to the number of text messages they send daily.