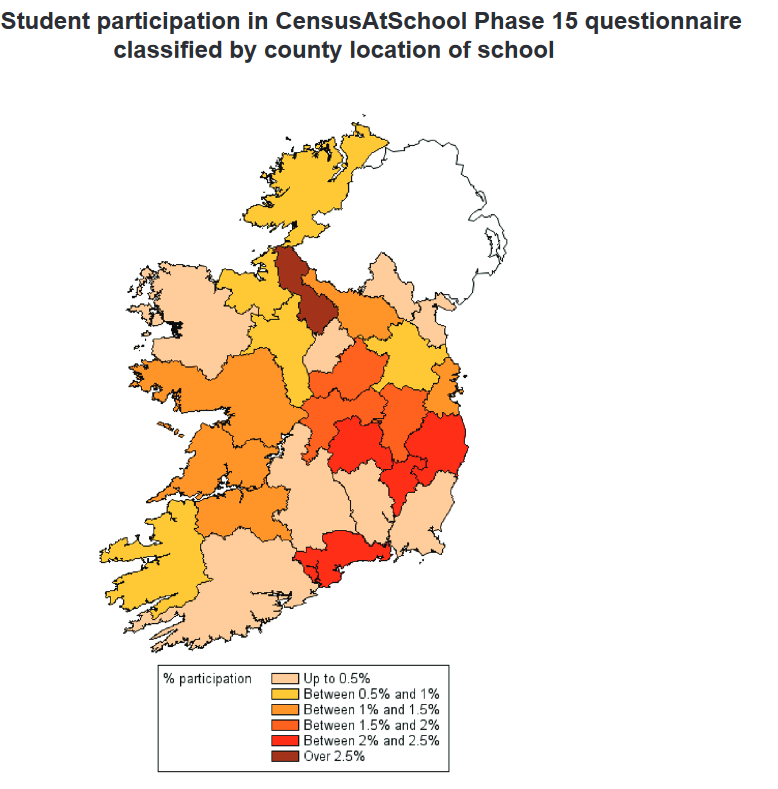 4,199 (1.1%) from an estimated 380,000 secondary school students completed the Phase 15 questionnaire of the CensusAtSchool survey between September 2015 and August 2016. The questionnaire covered a variety of topics ranging from 1916 related topics, the level of Irish speaking to the type of school transport used.